An Upstream Carbon Tax at the Wellhead (UCTW) will address all four objectives of COP26: Climate Mitigation, Adaptation, Finance and Cooperation. It will achieve the climate mitigation objective by ensuring that oil producers internalise the full cost of their activities, including the social cost of carbon emissions released upon combustion.  As it is a tax, the UCTW will also generate revenues, which could be earmarked for climate adaptation in the jurisdictions that adopt it.  In other words, the UCTW will achieve enhanced ambition without the usual concerns about a reduction in revenues.  And cooperation as envisaged in Article 6 of the Paris Agreement will therefore be “incentive compatible” for Guyana and Suriname, which could be seen as achieving enhanced ambition as a regional climate club, an idea that has long been promoted by Economics Nobel Laureate, William Nordhaus.

Given the “irrelevance of who pays a tax” principle, the downstream version of the carbon tax levied at the petrol pump would have the same mitigation effect as the UCTW.  The downstream tax has become a focal point for the global effort to reduce emissions from fossil fuels, receiving strong support in the US from the bipartisan Climate Leadership Council (CLC) and wider support from governments, the private sector, academia, and civil society brought together as the Carbon Pricing Leadership Coalition.  More generally, the World Bank and the IMF have endorsed carbon pricing, the Managing Director and staff of the latter even being more specific in their advocacy of a minimum carbon price floor to be adopted by the full G20.

From the perspective of Guyana and Suriname however, the UCTW is superior to the downstream version that is being advocated by the CLC, even though the mitigation effect will be identical in both cases if the same social cost of carbon (SCC) were adopted for determining the tax rate.  What is wholly different is the distributional effect, because it is only in the case of the latter that Guyana and Suriname would earn revenues from the measure.  A key design element of carbon taxes - upstream or downstream - relates to the use of these UCTW revenues, which can be thought of as self-generated climate finance, to be used for adaptation, and perhaps for loss and damage, and climate resilience; and also for immediately fulfilling the unconditional and conditional Nationally Determined Contributions (NDCs) made under the Paris Agreement.  Moreover, this self-generated climate finance will be controlled and distributed in an institutional framework that would allow countries that have generated the emissions reductions to have a say in the use of the funds. Finally, while the commitment by developed countries to US$100 Billion annually to climate finance seems as elusive as the quest to limit the average global temperature increase to 1.5 degrees above pre-industrial levels, the Guyana and Suriname can generate enough climate finance for the region to even consider making subscriptions to start a Regional Climate Adaptation Fund to support other countries.

Action is needed now, however.  This game-changing opportunity should be secured by ensuring its inclusion among the carbon pricing options that are currently being developed.  Another concern is that if a developed country were to adopt a (downstream) carbon tax first, as indeed has already been done by Europe on some products other than oil and gas (https://www.reuters.com/business/sustainable-business/eu-proposes-worlds-first-carbon-border-tax-some-imports-2021-07-14/), then it will impose border adjustments on oil and gas imports from countries that do not have a carbon tax, causing those latter countries to anyway internalise these costs, but without earning any of the ensuing revenues.  On the other hand, if the UCTW is adopted first in in the Guyana-Suriname Basin, then importers of oil and gas from Guyana and Suriname will be penalised by having to pay higher, UCTW-inclusive prices and they would also lose the opportunity to earn corresponding revenues, unless they themselves adopted a higher carbon tax.  Because carbon taxes cannot be successfully challenged either under WTO rules or international investment dispute settlement mechanisms, the adoption of the UCTW in the Guyana-Suriname Basin would therefore provide an important nudge to the process of putting a price on carbon.  Universal adoption of carbon pricing, which seems inevitable, would itself ensure that there will be no significant loss in the competitiveness of crude oil produced in the region, nor would there be any carbon leakage due to the transfer of oil production to other regions.

For all these reasons therefore, and because of the resounding climate justice that would finally be infused in a mitigation mechanism, governments of the region give serious consideration to it in preparation for next year’s COP27 in Egypt. 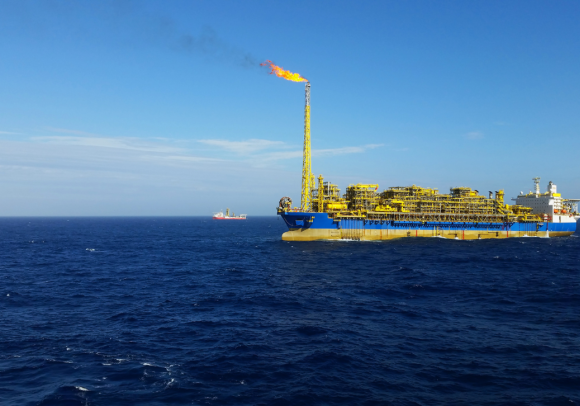