Commonwealth urged to safeguard the power of the pen 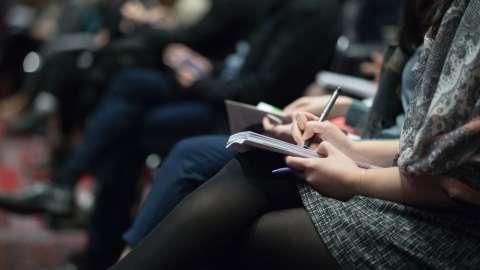 Protecting media freedom within the Commonwealth was the subject of an event held by the Commonwealth Foundation on 26th January 2021. The Institute of the Commonwealth Institute Studies, University of London, held a conference with a similar topic on the 18th of November 2020. (This followed an important panel discussion on media freedom challenges across the Commonwealth, hosted by the ICWS in June 2020, and the ICWS’ sustained work in this area). The two events held within the space of only a few weeks indicate that civil societies in member countries are urging the  Commonwealth to play a stronger role in monitoring and enforcing its core principle of press freedom.

Both virtual events had some of the most eminent journalists, academics and policy experts as speakers from the Commonwealth.  It was noted that the current media environments within Commonwealth countries require urgent attention because of hugely compromised news reporting, the erosion of democratic culture, squeezed media markets, populist strong governments, the devastating rise in online fake news, and a sharp increase in the murder of journalists in recent years, with the culprits often enjoying impunity. The need to uphold freedom of the media has never been more important or relevant as in the present times, even more so with the onset of the COVID 19 pandemic.  Both events concluded that the intergovernmental platform could play a vital role by acknowledging common challenges for media freedom across the Commonwealth. The following points became obvious in the discussion.

Most speakers agreed that repressive legislation, corporate media monopolies, infiltration of social media by local and foreign political goons, advertisement control from the Chinese and increasing mistrust of the mainstream as well as social media are some common challenges faced by most Commonwealth countries. Fear attached to investigative reporting and lack of accountability for murdered and imprisoned journalists were also  prevalent themes, as these are sadly evident in many Asian and African Commonwealth countries. With rampant social media online trolling by groups backed by political power brokers, many journalists are shying away from authentic reporting. Many remaining journalists are co-opted by these powerful political groups who are increasingly  acquiring ownership of media organizations.   It was also observed that trust in new and old media is in short supply. This lack of trust in media has been augmented by former President Donald Trump’s repeated labelling of the mainstream media as ‘fake news’, plenty of accusations by multiple countries of hybrid warfare where adversaries are manipulating opinion through social media, delayed or impeded reporting on COVID 19, a plethora of online conspiracy theories on the global pandemic and invasions privacy by tech companies. Similar problems are being faced across the Commonwealth. But backed by political will, the Commonwealth platform could be utilized effectively to deal with these issues.

The safety of journalists was highlighted as an acute issue in both events. Journalists are very unsafe and critically exposed in the new media environment, especially when much of their information is available online. Hateful trolling starts online but sometimes ends up in extremely disturbing outcomes such as mob lynching or the murder of journalists as observed in India, Pakistan, Bangladesh, Malta, Ghana and many other countries within the Commonwealth. The few brave independent-minded journalists who survive either suffer from being abducted, face imprisonment on defamation charges or alleged breaches of national security, or are penalized with heavy sedition charges in this acutely oppressive media environment. Accountability for these crimes against journalists gets downplayed because of the co-option of the mainstream media with the powerful political elite and toothless or coopted judiciaries. Sometimes liberal democracies turn a blind eye towards these crimes because of economic reasons. This kind of internal and external enabling of heinous crimes against journalists needs to be urgently addressed by the Commonwealth as a multi-lateral governmental platform. The Commonwealth as a group of nations should prioritize the safety of journalists demanding accountability for flagrant offences against journalists as a critical issue.  Failing to comply should have serious consequences for its member countries in the form of economic sanctions or exclusion from the Commonwealth.

It is evident that global media at the moment is going through a structural and revenue crisis due to the ballooning market and the political influence of online tech companies.  While discussing these looming challenges, it was suggested that the Commonwealth is likely to benefit from organizing a collective media policy on regulation of these platforms if and when it is required. Like the EU, it can start by focusing on social media and privacy rights while adhering to new international regulation standards.  Presently, state control of new media is one of the most pressing questions in domestic media policy debates, and it calls for new licensing regimes and social media regulatory rights. Media environments are transforming with great speed, pointing to the need for collective government response to tackle and negotiate with the mega influential tech giants.  By doing this, a platform like the Commonwealth not only prepares itself for the needs of the day but also has an opportunity to re-affirm its role as an organization on the global stage by promoting one of its core values set out in its Charter – media freedom.

Countries such as New Zealand, Namibia and Jamaica have set good examples of upholding media freedom within the Commonwealth. It was pointed out that the government’s commitment towards media freedom, legal reform, respect for the profession and a robust civil society are key factors which leads to safe and healthy journalism. However, challenges such as excessive marketization of media, widening disconnect between elite journalism and popular media and digital revolution are likely to demand additions and amendments to these existing positive developments. As an integral part of its work on the Commonwealth and media freedom, the Institute of Commonwealth Studies formed a key part of the Working Group of Commonwealth organisations which produced the Commonwealth Principles on Freedom of Expression and the Role of the Media in Good Governance, launched at Senate House in April 2018. Its work has repeatedly received warm endorsement from SG Baroness Patricia Scotland. The Institute of Commonwealth Studies very much hopes that these Principles on media freedom will provide the basis for discussion at future Commonwealth meetings. It is imperative that the Commonwealth as a whole speaks up more loudly in support of media freedom.

Contributors for the first Media and the Commonwealth Conference, organized by the Institute of Commonwealth Studies, University of London on 18th November 2020.

Speakers: Damian Tambini (Distinguished Policy Fellow in the Department of Media and Communications at LSE), Dr Anne T. Gallagher AO (Director-General of the Commonwealth Foundation), James Wilson (Publisher of EU Political Report and a Board Director of the Brussels Press Club).